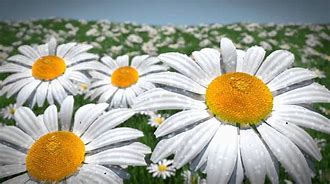 Paul and Silas were severely beaten, and then they were thrown into prison. The jailer was ordered to make sure they didn’t escape. So the jailer put them into the inner dungeon and clamped their feet in the stocks. —Acts 16:23-24

The jailer remembered his orders. “Don’t let these two escape.”

Giving a jailer these directions is like telling a baker to make sure she bakes cakes, or directing a crossing guard to make sure the kiddos safely cross her street before school. What kind of jailer was he that he had to be told not to let these beaten souls not escape?

He was the kind of jailer who took his orders from the wrong source.

What he didn’t realize may be our shortcoming, too. He didn’t understand he was the one locked up whereas Paul and Silas were always free.

How is he locked when he held the keys? He failed to see who Jesus is, and how Jesus is. He lived by the rules of life, not by the freedom of eternal life.

If you know the story, Paul and Silas begin singing and praising God around midnight. Other prisoners hear them. Suddenly, an earthquake causes the prison doors to open and every prisoner’s chains fall off.

But that’s not the best part. This jailer, seeing who these two agents of God really are, convicts his life to Christ. He immediately cares for Paul and Silas and with what could have been some of the water he used to clean the two who had been beaten, he is baptized along with his family.

The jailer is the one who had been in chains, the one imprisoned. God sets him free through Jesus by way of two agents who, like agents today, deliver praises to God in the most painful places.

PRAYER: Lord, we can be beaten and in dour places. We can also sing praises to you in these places and watch you set captives free. Help us with our songs. Amen.

Social
« Memorial Day: not for self but service
Big Head Big Fall »