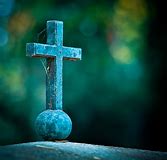 He was despised and rejected—a man of sorrows, acquainted with deepest grief. We turned our backs on him and looked the other way. He was despised, and we did not care. —Isaiah 53:3

For Tanner, it’s Syracuse basketball. For Craig, it’s the Seattle Seahawks. My mom has been a Penn Stater since she married my dad. The Tiger Woods bond she has is her own doing, and oh, yes, it’s been tight through the lean years.

These fans are devoted. My mom, for example, has listened to a PSU football game in the cold in the car all by herself because the weekend game wasn’t televised.

I speak of these three because they hold a deep passion and allegiance that I can say is unbreakable. It’s not that they hold on so much as they cannot let go. It’s just that deep.

Their devotion had to start somewhere. This can be true as we move into the weight and meaning of this text this Lenten season. We can show up. We can hear these words. We can own what the sacred texts of the season mean and forever be changed by them not just for a lifetime, but eternity.

I applaud those who journey to Ash Wednesday services because I think they get Easter morning better than anyone else. If they sit in a dark service that is more than likely poorly attended and faced their sin head on, then that empty tomb 40 days later has all the more meaning.

Join or continue on the Lenten journey. Get the meaning. Submit, surrender and celebrate the God who loves you so much that he keeps taking away your sins. How? Show up. Be a devoted, never-going-to-stop-no-matter-what follower.

PRAYER: Lord, you give us Lent to get real with exactly who you were: a despised, rejected soul of sorrows acquainted with deepest grief, the very one we have turned from and now turn toward. Amen.