America, there is a way to seek justice

Home / The blog hog / America, there is a way to seek justice
‹Return to Previous Page 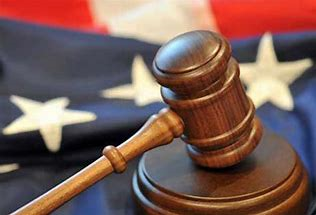 America, there is a way to seek justice

If you were lucky to have been able to salute the American flag in school, you remember the last words you, your teacher, and your classmates said out loud: “…with liberty and justice for all.”

We hear more and more about injustice in our nation these days. Gun control, abortion, race issues, environment, immigration and healthcare issues top the list of hotbed issues. One of the latest injustices stirred after Jeffery Epstein, a millionaire financier and registered sex offender, died by suicide earlier this month. His alleged victims say they cannot receive justice now that he is dead.

When it comes to seeking justice, we have a problem here in America. Too many self-professed Christians are not showing our nation how to seek justice. Why? Too many of us aren’t in church enough to hear—and then live into—how to seek justice. Many may agree that the overall decline in church attendance would show up in our national ethics sooner or later.

So, what about church? Well, to start, Proverbs 28:5 says, “Evil people don’t understand justice, but those who follow the Lord understand completely (NLT).”

How do we “who follow the Lord” understand completely what justice means, and how do we go about seeking justice not just for ourselves, but our neighbors and our nation?

We begin with the human condition of sin. The writer of Proverbs 28 could be making an inference: if there are evil people, then there are people who are not evil (or maybe they’re less evil). I don’t think this inference is the writer’s intent. Rather, the reality of evil is not for some; the actuality of evil is with us all.

But justice does begin with evil. Said differently, a Christ-centered understanding of justice begins in our own dust and ashes when we confess the following: “No one is righteous, no, not one (Job 40:4; Romans 3:10).”

So, if no one is righteous, how do we seek righteousness? [The words ‘righteousness’ and ‘justice’ in the bible are interchangeable.]

When we ask God for justice, we are asking, ultimately, that God’s glory be vindicated against every sinner who defiles His glory.

I have read that many are involved in Epstein’s sin. His crimes went far beyond his actions alone. When we think about it, we are all born in sin. Each of us is accountable to the human condition of sinfulness, or the evil in the world.

Yes, stealing a candy bar when you were eleven isn’t the same “evil” Epstein did. When Christians seek justice however, we’re not ignoring the sin that reaches our own hearts. We confess it and then intently work away from it.

Paul speaks to this in Philippians 2:12-13. “For it is God who is working in you both to will and to work according to his good purpose (CSB).” In other words, God works on the consciousness of those who follow Him not perfectly—we are not perfect—but persistently. God’s plan is for justice not injustice.

My heart breaks for those Epstein raped. Their scars will last a lifetime and this pain should be acknowledged by all.

This nation needs justice-seeking activism. Let’s seek justice not by your own inner moral compass, which can be weak or misguided. Instead, seek justice by first seeking the Kingdom of God.

When we align ourselves by finding and following God, the world aligns not to our will, but to God’s.

This blog first appeared in The Independent on August 28, 2019.

Social
« A thrill of hope
The Rest Giver »