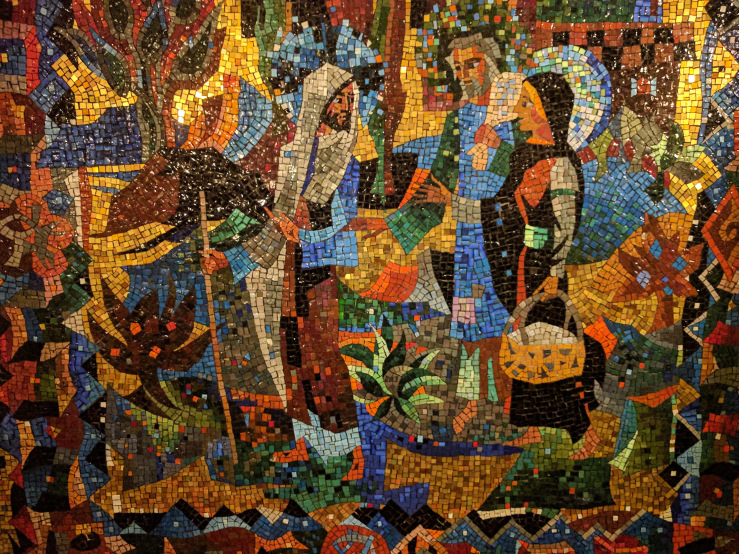 As they were walking along, they were talking about everything that had happened. — Luke 24:14

Hand it to this duo. Cleopas and the unnamed sojourner (who some scholars argue may have been the wife of Cleopas) were busy doing what any twosome would do. They were chattin’ this up! Too much had happened!

If Cleopas’s wife, who was named Mary, was in Jerusalem for Passover, then it’s very likely she traveled back home to Emmaus with her husband. In this relatively private context, it was commonplace for a married couple to discuss not only the most expeditious way home (oh, yes, THAT argument) but, far more important, what they had experienced while in Jerusalem for the week. Shocking. Horrific. Confusing. Crushing. This carpenter’s-son-turned-rabbi had been crucified on a cross. Three days later, this self-appointed Messiah was rumored to have risen. What this might mean had to have filled every step of their journey.

I hope you find this single, often overlooked verse exciting and telling because then, like now, we NEED to TALK. When it comes to big events today, and I’m not speaking just to the pandemic, consider what is both important and faith forming: we need to air out all that has happened, especially in the company of those we love. The relationship between the two is secondary to what they discussed which makes the discussion itself the most important element to this section of scripture.

So, hallelujah! Nothing has changed. We still talk and talk and talk, especially if and definitely when God is involved. And these heart to heart chats among couples, friends, and acquaintances are so, so good because I’m convinced when we talk and talk and talk about Jesus, he will somehow join us just as he joined them.

PRAYER: Jesus, may our conversations about you never stop. Ever. Amen.

Social
« Online worship isn’t so bad, is it?
When we lift the limits »