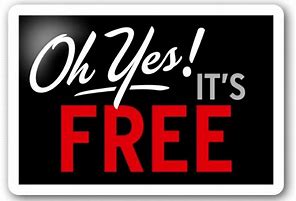 The next day, the one after Preparation Day, the chief priests and the Pharisees went to Pilate. “Sir,” they said, “we remember that while he was still alive that deceiver said, ‘After three days I will rise again.’ So give the order for the tomb to be made secure until the third day. Otherwise, his disciples may come and steal the body and tell the people that he has been raised from the dead. This last deception will be worse than the first.”

“Take a guard,” Pilate answered. “Go, make the tomb as secure as you know how.” So they went and made the tomb secure by putting a seal on the stone and posting the guard.

The chief priests and the Pharisees were REALLY worried for two good reasons: the first being Jesus dead, and the second being Jesus alive.

Jesus dead meant those measly disciples could find the tomb where Jesus was laid and steal the body, later claiming the audacious farce that indeed their rebel leader rose from the dead.

Jesus alive. Jesus alive? Now they really didn’t want to think about THAT. What if that gibberish were true? What if Jesus truly was the Son of God who had been crucified and rose again on the third day? If that were true, the religious leaders of the day would lose the power and prestige they had.

Fast forward 2,000 years. When Jesus is alive in us, we, like those chief priests and the Pharisees, lose our power and prestige. When we die to self so that Jesus lives in us, churches do weird things — REALLY weird things. They stop thinking of themselves and that beloved budget and keep giving stuff away FOR FREE. And when that stuff is gone, they go out campaigning or soliciting for more stuff. And they do this not with dour expressions, but they work with joy!

Churches who have Jesus alive in them are a hoarder’s nightmare because, with reckless abandon, they do not operate under the financial laws of the current day.

Instead, they just keep doing this really nutty thing: they keep resting in their Provider who does what? Oh. Yeah. He provides for them. Or, more specifically, He continues to provide from them, just like God was there for the people of Israel who were provided with manna and quail each day (Exodus 16).

Yes, Jesus alive is far more dangerous than the idea of Jesus dead.

The chief priests and the Pharisees were so anxious. You can be, too. Jesus alive? That is one radical shift in how we live and how we love.

PRAYER: Lord, please do what You’ve been doing. Keep living in me. And may that life in me be known. Amen.

Social
« The positive spin on the worst day EVER
Christianity: it’s the joy we give others »