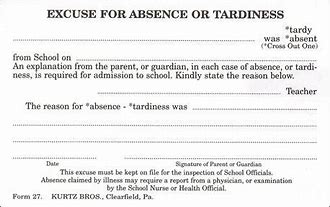 One of the twelve disciples, Thomas (nicknamed the Twin), was not with the others when Jesus came. —John 20:24

Scholarship can only speculate, not answer, where Thomas was when Jesus first appeared to the disciples after his resurrection. John might give us a clue though. This possible clue doesn’t speak to where Thomas might have been, however; it doesn’t take that direction at all. Instead, I hear it speaking to the times we, like Thomas, miss out when Jesus shows up in the gatherings we could have attended.

Did John goof? Did he mean to say, “One of the now eleven disciples…”?

The number twelve includes Judas. Perhaps this subtle reference to Judas still being a part of the original group helps us consider Thomas, the next disciple to break away—at least for a time. As Judas’ betrayal set in motion Jesus’ inevitable journey to salvation for those who know their Savior, Thomas’ absence may speak more to the nature of the newly resurrected Jesus than it does about Thomas.

This first gathering of the ten helps us understand Jesus’ grace when behind locked doors for a second time the eleven meet eight days later. Jesus, the one who showed his anger at the money changers less than a week earlier, doesn’t scold, berate, or chastise the disciple who didn’t bring a note with an excuse for truancy. Rather Jesus, who enters our own locked doors and hearts of doubt, does something beautiful. He understands Thomas. Even more beautifully, he helps the MIA disciple understand that by his wounds we are healed and that he is the risen, resurrected Son of God.

Jesus doesn’t ask us for our excuse cards when we’ve missed time with him. And this, when we think of it, should make us love him more.

PRAYER: Jesus, you knew where Thomas was when he wasn’t with the other ten. You also knew what he needed when he met you eight days later. You know what we need. May we not just rest in this, but also gather together in your name because of this. Amen.

Social
« A Marine’s miles: from hurt to healing
In the meantime »