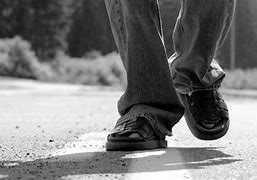 When Joseph’s brothers saw him coming, they recognized him in the distance. As he approached, they made plans to kill him. “Here comes the dreamer!” they said.  “Come on, let’s kill him and throw him into one of these cisterns. We can tell our father, ‘A wild animal has eaten him.’ Then we’ll see what becomes of his dreams!” — Genesis 27:18-20

“We’ll see what becomes of his dreams,” they chided and scoffed as they looked deep into the cistern at their bloodied brother.

Ironically, this is exactly what happens. The brothers, who were fed by jealousy only to starve from lack of food later, do see what becomes of this dreamer’s dreams. Through God’s provisions and divine plan, Joseph becomes the top-ranking officer in all of Egypt and has all the golden perks and fancy doodads that go with such an esteemed position.

This rags to riches story seems too good to be true. It certainly can’t happen to us, we think.

The text never reveals Joseph’s angst or anger. He must have had laments during the low points in his life. For many years, his future did not seem to be going to the top.

We will not know on this side of heaven whether or not Joseph questioned or cried out to God during his deep and painful heartbreaks and hardships, but we do know this. He kept going. He kept putting one foot forward, then another, and then another. This doesn’t take Big Faith, folks. It just takes faith. Simple faith. Little faith. Persistent faith. When it doesn’t seem likely that good will ever come in our lives from all the broken pieces or the injustices in our lives (or in the lives of those around us), God doesn’t quit on us. We don’t have to quit on God, either.

PRAYER: The brothers tell their father that a wild animal has eaten their brother. Don’t let dismay eat at us, dear Lord. Instead, help us gain the tenacity of faith Joseph had by doing what You always do, which is stay with us each step of the way. Amen.