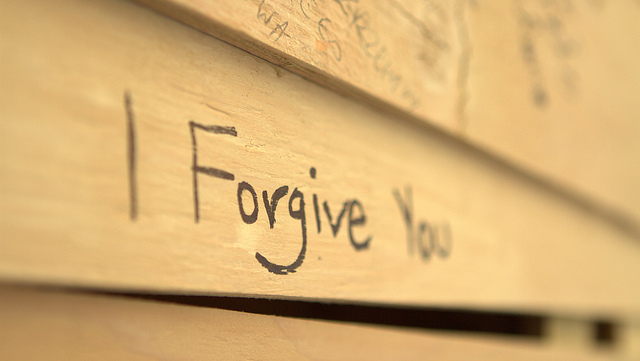 On the surface, forgiving someone is doable. While we may not want to forgive, or we may feel we cannot forgive (especially if the infraction is truly shattering, significantly deep, or downright cruel). This doesn’t mean we cannot forgive. When it comes down to it, most of us agree that, whether we do it or not, forgiveness is possible.

If it’s possible, then why is it sometimes problematic? We may forgive someone one day, but the very next day or the next week, we are right back where we were before—hurt, angry, bitter, resentful, righteous, wounded, unforgiving.

While forgiveness can be challenging, and this is putting it mildly, what is far greater for people to achieve with forgiveness is forgetting the wrong ever happened.

The following is something we have all heard and said. “I can forgive.” We’ve all heard (and perhaps have said) this as well. “But I cannot forget.”

Now I use coating as a word play for Joseph, the favorite son of Jacob. The Old Testament lectionary readings these last two Sundays open the story of Jacob’s dreamer son for us. In fact, I wrote of Joseph in last week’s column. I do so again this week because Joseph reunites with his brothers (Genesis 45).

What is remarkable in this chapter is this unmistakable duality: they tried to take his life and he ends up saving theirs. The part of Joseph’s story where the dreamer turned slave turned prisoner turned top leader under Pharaoh meets his estranged brothers who flee to Egypt, Joseph’s new homeland, speaks to forgiveness and faith.

Joseph extended this forgiveness. How did he do it? The answer my surprise us because his life was plagued with great hardships at times. Someone without faith must have looked at him and thought, or even shared to Joseph, that, based on his present circumstances, faith in God didn’t seem to be doing much good in Joseph’s life.

It is true, to an extent. Joseph didn’t have an easy life.

What Joseph did have, however, is what we can have, too. This is the faith to see past whatever hurt surrounds us and know that, despite the pain in the moment, God is at work.

God is at work. With faith in God to remedy or realign a past pain in our lives, forgiveness is more than possible. It’s actual.

We can read into, or all out embellish, the story of Joseph. Few in the Bible family have endured what he has. Given this, many want to supplement the text. The fact remains, however, that he did what he did, which is forgive his brothers.

For forgiveness to truly begin, take hold, and then unfold in your life as it did in Joseph’s, faith not in yourself but in God is not just nice, it’s necessary.

This blog was first published in The Susquehanna Independent on August 19, 2020.

Social
« Focus on the future, not the troubles today
hurt healing hugs »