Choose to be used. 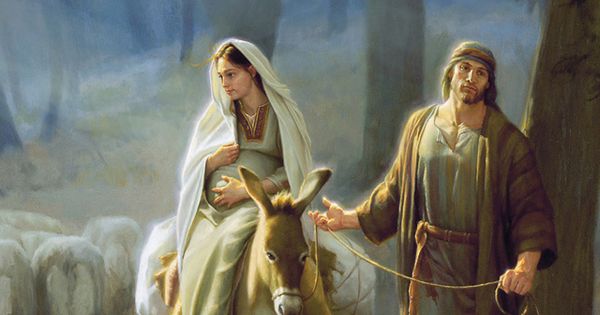 Choose to be used.

According to babycenter.com, the top baby boy names in 2017 are Jackson, Liam, Noah and Aiden. Nothing there should surprise you, but did you know Jesus was a common name when the Son of God was born? It’s true. A lot of little boys named Jesus were playing tag and kickball on the playground when Mary and Joseph’s Son went to school.

In The Gospel According to Matthew, G. Campbell Morgan says Jesus was an ordinary Jewish name, as common in Judea as John is common to us. The name was just a beautiful Jewish boy’s name, a common name of the common people.

Jesus is a Greek form of the Hebrew Joshua, which means Savior. Many parents called their boys Joshua in the Great Hope that their kiddo would be a savior who would break oppression and set the people free.

The people wanted a Joshua who would break the power of Rome and set up an earthly kingdom. The Palm Sunday story makes more sense now because the crowds cheered this miracle healer and religious rule buster—this guy named Joshua—as he rode into the city. His mode of transportation was a political statement; the people’s “president” would arrive on run-of-the-mill donkey of course, not a champion stallion. This was yet another unexpected move from the son of a carpenter, a “one of us guys.” The coat and palm branch wavers thought or dared to hope this radical rebel would be the one to abolish their political oppression.

Interestingly, we still want Jesus to rid us of our immediate problems. When He doesn’t, we are like the crowds that turned on him.

Yes, God chose a young, unwed and, in all likelihood, poor girl to be the mother of God. Mary used the word “lowly” to describe herself. Language then isn’t what it is now. Other possibilities might include “unlikely,” “improbable,” or “impossible.”

What all this means is that you never know when or how God will show up, or, just as importantly, who God will use to advance His Kingdom on earth and in heaven. If you’re a selfish, so-far-from-perfect person (and, like me, you should check ‘yes’ to this box), be mindful. God may use you.

Or even better, choose to be used. That’s right. Take your hot mess and say to God, “I want to be a part of your holy miracle. Use me, God. Use me.”

PRAYER: Just as I am, Lord, use me. Transform me. Make me a part of Your story so that I can be Your love and light not just at Christmas, but all year long. Yes, me. Screwed up, lowly, common-named me. Use me. Amen.

Tags: being used by God, how God shows up, Jesus a common name, religious baby names, top baby boy names, use me Lord, when God shows up

Social
« Meeting Jesus may mean muddy jeans
Why you should keep Christmas around, even if you’re a Scrooge »