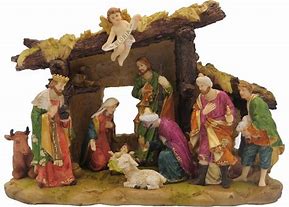 A newborn today is often just hours old before his or her face is spread across social circles via technology. Amazing how this Good News not only travels but also is documented for the world to know. (Congrats to all who have welcomed an addition this year!)

In an interesting parallel, angels brought an amazing message with an entirely different “technology” before and when Jesus was born. But when was he born?

Fact checkers and historians experience great challenges in the enigma around everything Jesus did. For starters, speculation as to the time of Jesus’ birth dates back to Hyppolytus, a second-third century Christian theologian, who pegged Jesus’ birth on the date we celebrate it. Supporting that claim was John Chrysostom, a fourth century Church Father, biblical interpreter, and archbishop of Constantinople.

Cyril of Jerusalem (348-386) had access to the original Roman birth census, which also documented that Jesus was born on the 25th of December. The date eventually became the officially recognized date for Christmas in part because it coincided with the pagan festivals celebrating Saturnalia and the winter solstice. Recognizing this time of year, the church provided the faithful with an alternative to the pagan festivities.

Over time, December 25th has become more and more acceptable as the birth date of Jesus. However, some argue the birth happened months earlier. Followers of this theory claim that the Judean winters were just too cold for shepherds to be watching their flocks, especially at night. Yet we have historical evidence that unblemished lambs for the Temple sacrifice were, in fact, kept in the fields near Bethlehem during the winter months. With this said, it is impossible to prove whether Jesus was, or was not, born on December 25th.

Hold your reindeer food for this one. The truth is we do not know the exact date of our Savior’s birth. And there’s one more. While scholars believe the birthday of the King was somewhere between 6 B.C. and 4 B.C, we don’t even have the exact year he was born.

Consider this. If God felt it was important for us to know the exact date of the Savior’s birth, He would have told us in His Word. Therefore, the specific date does not matter.

Other things do matter, however. The Gospel of Luke gives very specific details about the birth, down to what the newborn was wearing and where he slept (Luke 2:12). Details such as swaddling clothes and a manger are important because they speak to Jesus’ unpretentious character.

The fact that He was born, now that needs attention. He came into the world to atone for our sins, was resurrected to eternal life, and, as a result of that resurrection, those who know him can join him in eternal life. This is what we celebrate!

Old Testament reminders help us get our cheer on, such as Zechariah 2:10 which reads, “’Shout and be glad, O Daughter of Zion. For I am coming, and I will live among you,’ declares the LORD.” Let’s also not forget the angel who announced the birth to the shepherds by sharing the “good news of great joy that will be for all the people” (Luke 2:10).

Here’s one more. The intentional mystery of not knowing when Jesus was born enables us to walk each and every day like Jesus walked, and that’s with humility.

This blog was first published in The Independent on December 18, 2019.

Social
« Living what is to come
Isn’t that JUST like God? »