Why doesn’t God just do it?

Home / Sermon Prep / Why doesn’t God just do it?
‹Return to Previous Page 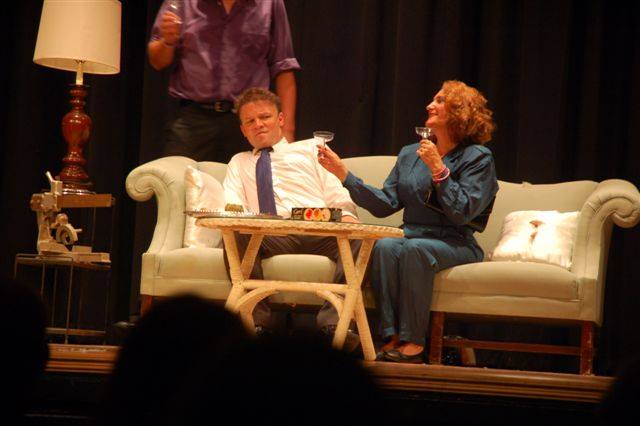 Why doesn’t God just do it?

Pick up your staff and raise your hand over the sea. Divide the water so the Israelites can walk through the middle of the sea on dry ground. — Exodus 14:6

It’s a musical theater thing, to perpetually listen to the music of the show long, long after the final performance. One of mine is Big. The show wets my eyes when I think of it because it was the gift of my first and most obvious lead. The opening number opens a classic tension between parents and teenagers—the taking out of the garbage. Dad yells about the job not done. In reply, smack dab in the middle of the music, the son yells back, “Why don’t you do it?”

So, why doesn’t God do more?

Why, for example, doesn’t God part the Red Sea Himself? Why does He let Moses do it?

Perhaps God instilled ‘power’ in the Israelite leader to part the Red Sea, but even Moses knew he was a figurehead, a puppet, a stand in. God did the work.

Consider this. God lets us do the work for a double win. The first win is in the deed accomplished, the helping of someone get from Point A to Point B. Empowered to be the crossing guards, we are the map holders, the helpers. By God’s grace and direction, we part difficulties like Moses parted water so people we do (and do not know) can arrive safely on the other side of whatever painful situation is pressing against them.

The second win is within us. We gain by being the agents of love, healing, and justice.

Rev. Dr. Charles Stanley explains. In his July 19, 2017 Daily Devotional, Stanley writes, “to God, the issue is not who sees our service or knows what we’ve done; He’s interested in our obedience, attitude, and motive for serving Him…We should aspire to glorify the Lord and be faithful in whatever we do, knowing that He promises to reward our service and will not overlook our obedience.”

So, part a sea. Referee a spat between a parent and a teen. Take out someone else’s garbage. Fix the outdoor shower at the beach so a family on their way to their minivan can leave the sand God counted where it belongs—at the beach, not in the floormats.

[This photo was taken during a 2011 EMTC performance of the musical BIG, starring Bonnie Love-Colwell as Susan Lawrence and me as Josh Baskin.]

Tags: BIG the musical, Charles Stanley, Moses, our part in helping God, the Parting of the Red Sea

Social
« Get help with directions
A really good God would give us what we want, right? »