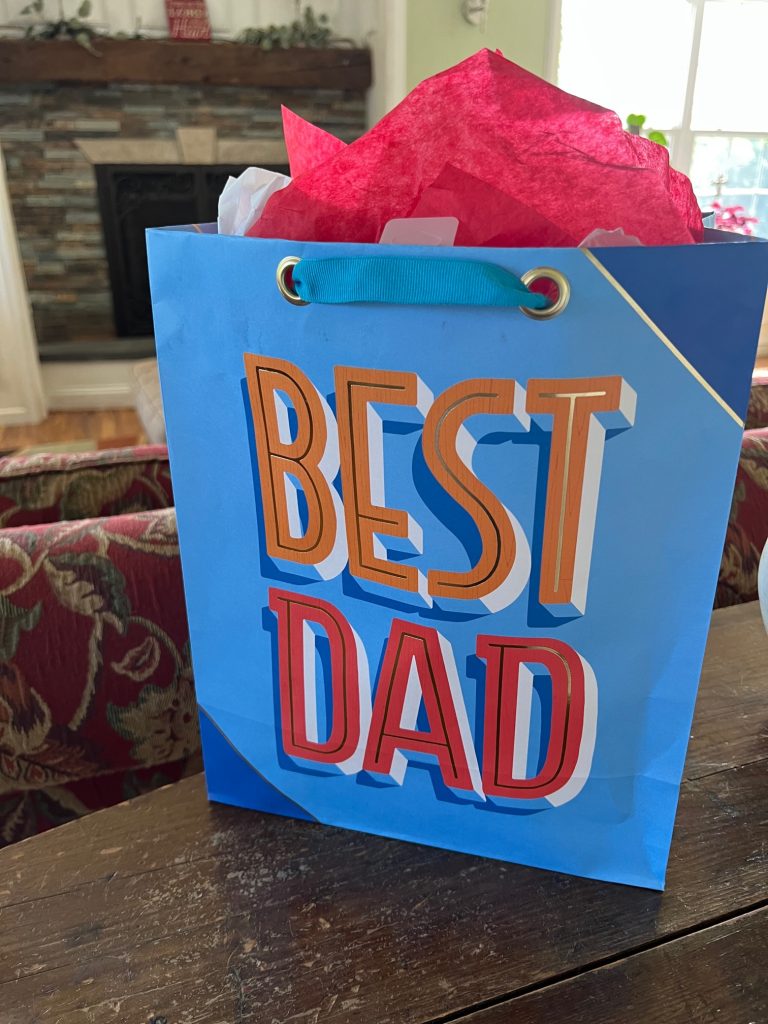 This past Father’s Day was easy breezy for some. It was hard (and perhaps messy) for others.

No matter how you feel about Father’s Day 2022, we can—and should—move forward from this past Sunday with this understanding: Father’s Day is far bigger and far better than time on the course, gifting a tie, catching a game, or chillin’ in the back yard.

These God connections involve us all. Certainly they speak to inclusivity. Ephesians 1:5 states, “God decided in advance to adopt us into his own family by bringing us to himself through Jesus Christ. This is what he wanted to do, and it gave him great pleasure.”

This verse from the Apostle Paul enables us all to move past the traditions that this past Father’s Day brought us  Sunday bring to a God who, long before we entered the world, wanted to make us a part of his own family by means of Jesus Christ.

Because of God’s love for us, the Apostle Paul asserts, God chose in advance for us to become His children. This is significant. At the time of Paul’s preaching and writing, great debate centered on who could follow Christ. Was Christianity only for some, or did Jesus’ radical message of inclusion actually mean everyone?

Paul answers. Regardless of tradition or birthright, Jesus came at just the right time for listeners to hear the gospel message and believe. Jesus continues to come at the right time for us. When we turn to Christ, Paul says we become members in God’s family. As members of God’s family, we can—and should—celebrate Father’s Day differently.

I get the commercialism of Father’s Day. The picture that accompanies this post proves this.

You get the commercialism, too. As Paul points out, however, let’s get this adoption more clearly and uphold it. How? Let’s see this day as bigger than it is currently marketed. In the future, let’s build to make this a day we understand that, despite our past, we are a part of God’s family when we choose Jesus Christ.

Father’s Day didn’t always exist. It was carved into the American calendar and can continue to be defined by those who choose Jesus Christ as God, the Father, Day.

In the Spirit of Sonora Smart Dodd, a Christian woman and the daughter of Civil War veteran William Jackson Smart, I say we continue her work of bringing Father’s Day to attention.

Thanks to Dodd, Father’s Day was first observed in Spokane, Washington, on June 19, 1910.

A year earlier, Dodd heard a sermon about Mother’s Day, a holiday that had recently become a recognized. She wondered why there was no Father’s Day.

When Dodd was 16, her mother died. In time, Dodd wanted a day to commemorate and honor fathers like hers, a loving man devoted to raising her and her five younger siblings.

Once she began soliciting for an official Father’s Day, she met both opposition and derision. She persevered. A bill was introduced in Congress in 1913. In 1916, President Woodrow Wilson spoke at a Father’s Day celebration in Spokane, Washington. Wilson wanted to make it an official holiday. Congress, however, still resisted.

In 1924, Calvin Coolidge became involved. In 1930 a national committee was formed by various trade groups in an effort to legitimize the holiday. The battle continued. In 1966, President Lyndon Johnson made a proclamation for the third Sunday of June to be Father’s Day. Finally, it was made an official national holiday when President Nixon signed a similar proclamation in 1972.

As our nation continues its plight into secularism, we may run into opposition and derision when we suggest and practice Father’s Day as God, the Father’s, Day. Let’s take nothing away from the June holiday that exists. Let’s add to it.

For the first time this past Sunday, June 19th, I became an adoptive father to five young children as a single person. I carry Sonora’s spirit and invite you to persevere, too. Let’s make Father’s Day an adoption day for all of us next year and beyond. Through Jesus Christ, we have a Father of love who, like William Jackson Smart, is devoted to us.