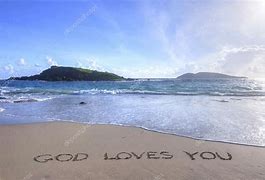 The next morning, Jacob got up very early. He took the stone he had rested his head against, and he set it upright as a memorial pillar. Then he poured olive oil over it. — Genesis 28:18

The morning after the greatest dream Jacob ever had needed something. Something big. Or maybe not so big in size. But definitely permanent. The stone he used as an extremely extra firm pillow the night before would work. It needed a bit more ceremony—a bit more reverence—than just propping it up, however. How about anointing the rock with olive oil? Yes, that would do it.

Imagine the thoughts of anyone from a distance watching Jacob pour olive oil over a rock. That’s right. A. Rock.

Perhaps “crazy man” would first pop into the mind. I’d hope curiosity would take over, though. Wondering what was he doing (and why) may make the spectator think more, or, even better, go over and ask, “Hey, I have to know here. Just what are you doing?”

Scripture doesn’t say anyone approached Jacob during this ceremony. It’s more than likely no one was nearby during this important, intimate memorial act. Someone, however, did pass the upright rock Jacob left. Perhaps they even noticed the oil on it.

This makes me wonder what (or even when) we Christians intentionally leave behind markers or messages for ourselves and others. Here’s an example. Walking near the waves as the rushing water meets the beach is always a joy for many ocean lovers. The joy leaps exponentially when a clear and in plain sight message reading, “God loves you!” is made using seashells or is written in the sand.

Souvenir shops will never disfunction because we buy many things to remember important events in our lives. Nothing is more special than reminding others about what God has done, or is doing, in your life.

PRAYER: Inspire me to share Your message, dear Lord, in an expected or unexpected place. Amen.

Social
« Perfect plan with imperfect pieces
The trouble is with me, for I am all too human »