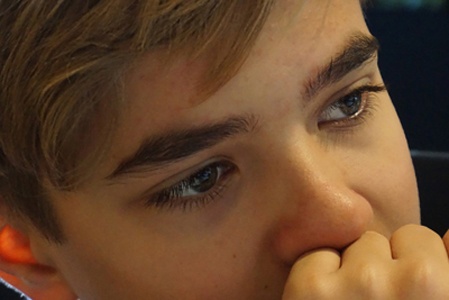 Then [King Darius] gave orders to arrest the men who had maliciously accused Daniel. He had them thrown into the lions’ den, along with their wives and children. The lions leaped on them and tore them apart before they even hit the floor of the den. — Daniel 6:24, NLT

The questions coming from a young one should weigh heavily on us. “Why did all those children have to die? What did they do wrong?”

Then there’s this thoughtful kid. “What did Daniel feel when all those people died? Was he sad?”

Then there’s this other thoughtful kid. “Why didn’t God stop the king? Did God think it was okay that those people died?”

These six questions may send every potential Christian Education teacher running! Who wants to face this discussion among insightful nine-year-olds?

Here is the answer to that one. We all should face these questions because in them we see humanity wrapped around the miraculous protection of one who does right by God. Daniel is spared. Others are not. All children of all ages see this all of the time: some are spared from death; others are not.

Let’s be the kid who centers on Daniel, who, in this chapter, is said to be faithful, always responsible, and completely trustworthy (v. 4b). We would likely think that Daniel would want to kick himself in the can after this horrific scene. Truth be told, Daniel could have stopped the king. Perhaps he did and failed. Scripture is silent here. We assume from this omission that Daniel, who had been granted great authority and power, did not speak.

In classroom conversation, another young one might suggest the king not go through with the decree to toss Daniel into the den in the first place. King Darius could have spared Daniel.

Hearing a very faithful servant of God being spared from death is a great take home here. This is important. There’s an underbelly to this story, however. In it, we see we have freewill. Daniel chose to be faithful to God. Equally, Darius chose to execute a whole bunch of people, some of whom were innocent (at least by my count). Finally, Daniel could have chosen to intercede on behalf of the victims.

The lessons here are priceless. We can learn from mistakes. We can also learn that each of us can choose to be more like God.

Huh. Maybe this didn’t dash the dreams of future CE teachers. In fact, maybe this actually calls more and more of us to teach, live, and, most of all, continue to learn how to be more God-like.

PRAYER: Help us be so much more like You each and every day. Amen.