Pray. Period. Now is not a time to divide.

Home / Sermon Prep / Pray. Period. Now is not a time to divide.
‹Return to Previous Page 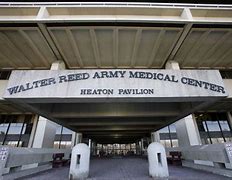 Pray. Period. Now is not a time to divide.

Pray for us, too, that God will give us many opportunities to speak about his mysterious plan concerning Christ. —Colossians 4:3

I received this message (above) in an email at 7:12 PM on Friday, October 2, 2020. This was the entire email. Written by my mom, who can indeed be precise, what I find most striking about this is the question mark at the end of the line. Should the President be placed on the prayer chain?

My mom knows today’s political and national climate. Posting a prayer about the president could (or likely will) polarize an already polarized nation. This is putting it lightly. Posting a prayer about the president, or, specifically, this president will likely rile or enflame many. I know this because the amount of anger out there is unescapable. In fact, I received an earlier email today. The author of this communication, which was also very short, was upset because earlier this week I called the presidential debate a debate. The message said that this past Tuesday was neither presidential nor a debate. I was advised not to dignify the evening as such.

I am not arguing here that the angry have a right to be angry. That’s not my place as a pastor. Rather, I believe a pastor is a pastor, not a quasi-Politian. I became a registered independent when I left civilian life for the job I have. The pulpit is not a podium. The only way I am coming down is to speak from scripture. And this certainly is an opportunity to speak about God’s mysterious plan concerning Christ, who plainly said we are to love.

You will read or hear some wishing the president ill, or worse. To our brazen, outspoken, passionate, divisive Democrats and Republicans out there, set your political malarkey aside. What you spew should not be spewed if you hear Christ’s love message. I get anger. I get fear. I read the same Bible you do, and both of these emotions fill the pages of scripture. But here’s my point. What is mysterious to me is that too many Christians strongly ID themselves with one party or the other. Dear Jesus fans, you are not of this world. Leave civilian life. Pray for those hospitalized. Period.

Dear Lord, it is mysterious that we are split when You came to unite us in Your name with Your mission of love, not division. Regardless of political affiliation or any other divide, help those right, left and center to push past those who anger or enrage us. United, we pray for health of the President of the United States. Amen.

Social
« The ‘then’ in our story
Red and Blue Christians, it’s time to stop this »