What should we say about Santa?

Home / The blog hog / What should we say about Santa?
‹Return to Previous Page 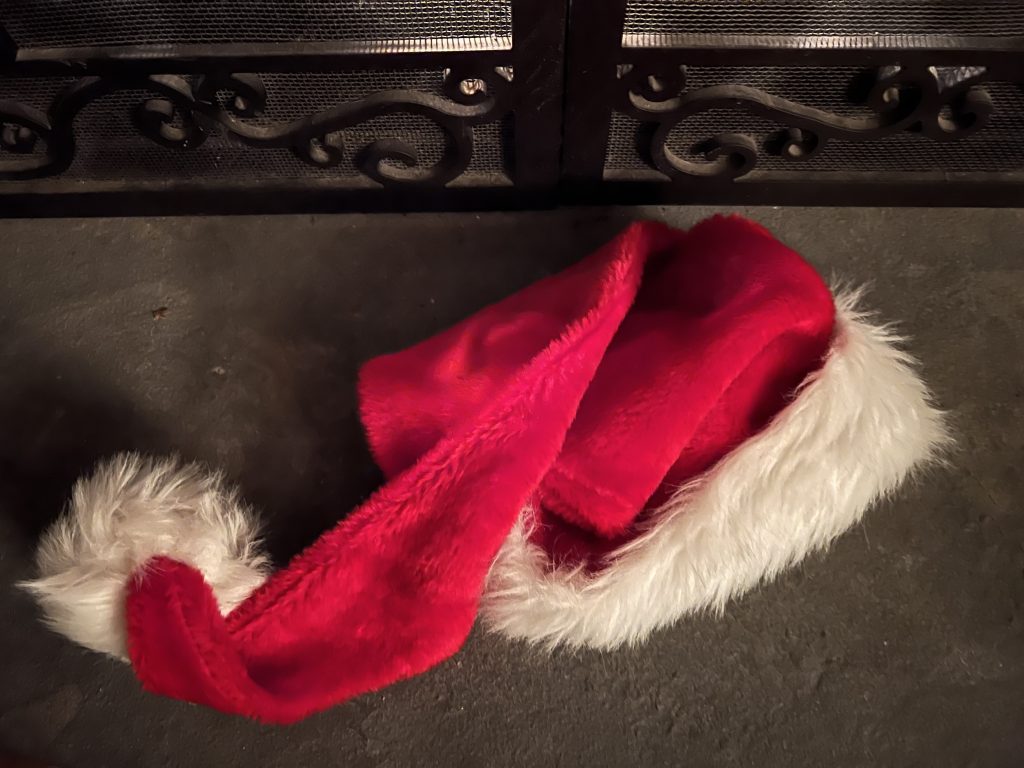 What should we say about Santa?

As parents and grandparents, we do what TV, film, and education curriculum does, we engage children in stories where animals talk, people fly, and yes, “the little engine could” actually does make it over the mountain with help from another train that personifies a person.

So, if this is okay, what about Santa?

It’s a question to face. When it comes to belief, isn’t the truth better than a lie about a bearded guy in a red suit squeezing down a chimney?

We should not lie—ever. This just messes with a kid. What we should do is the adult thing, and that’s realize that too often Santa is used as the judge and jury for good behavior. Too many adults play into the false doctrine: that if you’re naughty, Santa won’t bring you anything. But if you’re nice? Well kid, prepare to get loaded.

This tact works for what? Ten minutes?

Then, too, you don’t want to deny any child of the joy of what I call the red and green Christmas, the Santa experience. When it comes to making a list and checking it twice, Christians shouldn’t wish Santa away, right?

Here’s the thing. If you’re any kid anywhere, dancing and prancing reindeer carrying a sleigh full of presents for you sure tops a crowded barn scene and some shepherds in a field.

Here’s the other thing. Christmas has to be celebrated! God coming to us in human form is vital to who we are and how we are to live lives.

What do we do? We tell the truth. But it’s how we tell the truth. With heart and conviction, talk to children about Santa Claus. How Saint Nicholas came to be celebrated is not commercialized paganism, it’s actually Christian.

The white-bearded man we celebrate as a gift-giver should not get lost in the commemoration of the birth of our Lord and Savior. Instead, the real Saint Nicholas was a profound Christian, an example of Christ himself. As many of us teach kids the lyrics to nostalgic Christmas songs about jolly ol’ Saint Nick, we have this awesome opportunity to teach them even more about this third century saint.

The real Saint Nicholas actually fought back at materialism. Nicholas was born into a wealthy Christian family during the third century. When his parents died in a plague, he inherited the family fortune. Instead of stashing the cash or blowing through the money, he obeyed a radical call to Christ. He gave that money to the poor. In fact, Nicholas would pay dowries to poor girls so that they would be able to marry. This began the tradition of a jolly, happy patron carrying big bags with gold coins.

Saint Nicholas was a both a messenger and a defender of Christ, even to his death. This should be celebrated. If we embrace the spirit of the real Saint Nicholas instead of getting lost in the materialism of the season, we will see Christmas in a whole new way. The bah humbugs amongst us might even warm to hope and love again.

We should never lose sight of the Christ in Christmas by exclusively focusing on Santa. Instead, we can embrace Saint Nicholas and the Christian values he embodied: gentleness, generosity and forgiveness. Saint Nicholas reflected Christ in the way he lived. Let’s reflect this in our lives. When we hear about leaving cookies out for Santa, let’s remind ourselves of the true character of an altruistic soul who gave to those in need. Nicholas demonstrated grace in all facets of his life. He should remain a true reflection of what it means to walk in the light of Christ. He should not be forgotten.

I want to leave you with this. Nowhere in scripture does it say that we are mandated to celebrate the birth of Christ. In fact, the first recorded date of Christmas being celebrated on December 25th wasn’t until 336AD. This was during the time of the Roman Emperor Constantine. A few years later, Pope Julius I officially declared the birth of Jesus would be an annual celebration.

This being said, Christmas celebrations began with the church. Let’s continue to raise the church at Christmastime. One way to do it is to join in church services beyond the 25th and to share the truth about the saint that makes Christmas about the gift giving of Christ.

Social
« A lesson from these “Get-er-done” guys
Next Post »