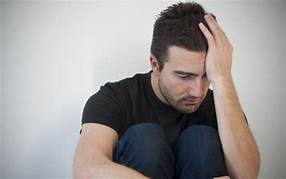 We’ve all been hollowed and shaken with the gut-wrenching question, “Why me?”

This certainly happened to Naaman, a well-known and deeply respected military marvel. His story is found in 2 Kings 5.

Fame, wealth, and authority surround this man whose name in Hebrew — which is naem— means “be delightful, pleasant, beautiful.” Typically, names in the Old Testament define someone’s character. Naaman’s name means he is handsome. Specifically, he is “gracious” or “well-formed.”

Or at least he was handsome and well-formed. Something tragically happens to this mighty warrior. The Bible describes something like modern-day leprosy plaguing the guy with it all.

Being known as delightful, pleasant and beautiful must have crushed Naaman whose socially contractable skin illness robs him of the victorious life he knew. Those who are brought down by what Naaman contracted are ousted from the community. They are literally untouchable.

Worse, this disease would slowly kill him.

Someone else in this same story also cried, “Why me?”

Unlike Naaman, this “someone” has no name. She is only referred to as the young maid or servant girl. Her part in 2 Kings 5 gets very little space. She is only given a few sentences in an otherwise detailed, drawn-out story.

These few sentences, however, hold significance. They speak volumes into the story, which, if we look at it openly and honestly, becomes our story, too.

This young maid or servant girl is the spoil of war. Israel, her homeland, had been invaded by Naaman’s army in what is present day Syria. Captured, this preteen (or teenager) is carted off to a foreign land to live out her life as little more than a slave. During the raid on her homeland, she likely witnessed the death of her immediate family firsthand.

Add to this the fact that she is a bondslave in Naaman’s house, and he very may have been the very one who captured her.

But God is God, both then and now. God didn’t keep these two apart. Omnipotent, God may have brought Naaman and the nameless one together so that both could see exactly who He is. There’s more. God may have done this so that we, too, can see Him and know Him for who He is.

Seeing her master suffer, the servant girl speaks out to Naaman’s wife. “I wish my master would go to see the prophet [Elisha] in Samaria. He would heal him of his leprosy (verse 3b, NLT).”

Naaman is eventually healed of his inner illness, which is both his pride and his skin disease. He turns to and worships God (verses 17-18).

We never know what happens to the servant girl.

Then again, maybe we do.

When we ask, “Why me?” we open to God our most intimate and obvious pain. We admit our frustration, our fear, our frailty, and our failure to see our faithful God at work in the situation. “Why me?” is a prayer.

“Why me?” is also a call for justice and action.

We get answers to the “Why me?” question if—or as—we are open enough to hear them. Sometimes the answer is, “Why not you?” Sometimes the answer is not just for you. It is for those around you. Maybe God is enabling you to live a life lesson of His love and your dependence and your allegiance to that love. See, the “Why me?” question can make us mourn. Maybe it is designed to make us mourn.

Then again, the “Why me?” question can make us reborn to the specific mission or ministry God has for us in the time we have.

The “Why me?” question moves both the young girl and Naaman. Both gain character. He learns to call on her God, the very One who saved him. She learns that even when her position in the world seems limiting, God knows no limits for her.

When it comes to our mission and ministry, may our “Why me?” questions hold no limits on us, either.

Social
« From whisper to warrior
Scared yet? »