Who’s on your road?

Home / The blog hog / Who’s on your road?
‹Return to Previous Page 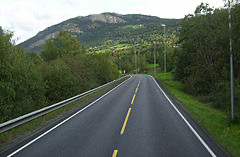 Who’s on your road?

The metaphor “Life is a highway” is fitting. We are, indeed, on a journey.

The 1991 song “Life is a highway” by Canadian-born Tom Cochrane, covered in 2006 by country music artists Rascal Flatts, captures the road we are on as meaningful. As the song suggests, we are on a moving, stop-and-go timeline of life.

Another song brings this theme. “Alma Mater” from the musical Grease begins with these lyrics, “As I go traveling down life’s highway…”

These songs are important because everyone reading this has what I figure to be at least two decades (or 200,000 miles) on them. A lot of highs, lows, hurts and hallelujahs happen in that time. People we are with have changed. We have changed. Someone on our margin has centralized. Someone close is no longer close. Someone we love is no longer with us at all.

The joy of being with scripture for any length of time is that the Word always teaches. For example, I look at the familiar conversion story of Saul to Paul (Acts 9). At the beginning of this chapter, Saul (who changes his name to Paul) is the well-known and deeply feared persecutor of Christians. Verse 9:1 records that he is eager to kill Christians.

Did he actually have Christian blood on his hands? Acts 9 doesn’t outwardly answer this question. This passage also doesn’t tell how he considered the persecutions he was a part of after his conversion, but Saul-to-Paul did have to sleep at night. His nights, like all of ours, were not always easy.

How did he live with that?

He answers my question indirectly. In the massive amount of work he contributes to the New Testament, he speaks with the greatest conviction of who Christ is and why Christ matters. Paul writes of grace like few I know. A soul on the wrong path is forgiven. This freedom is the fuel Paul burns in every sentence in every work he writes.

Paul convicts himself as a man in the wrong. As Saul, he is sinking in his own sin. Yet Jesus doesn’t just change him; Jesus sets him free.

Jesus does the same for us.

The Saul to Paul story is our story.  We have taken wrong turns on our highways of life. We, too, sink in our own sin. We can keep living like this, mile after mile, or, we can do-a-Paul and realize Jesus meets us where we are.

“Hogwash,” someone is thinking. “I haven’t heard Jesus except from those religious idiots who spout gospel restrictiveness in the morning and live like ____ (fill in the blank) the rest of the day.”

To the one who spouts that this is hogwash, or, specifically, that Jesus is hogwash, I point to your road. Yes, there are people with you on your road. Some have gone. Some remain. New travelers will join you.

But sleepless myself sometimes, I know what Paul says about then and now, about a life before Christ and a life with Christ. And it’s more than a difference. It’s an everyday destination that somewhere—somehow—includes delight.

There is only One who is always walking with you. Maybe you can’t hear him yet, but his name is Jesus.