You REALLY wanna do that in front of me?

Home / Sermon Prep / You REALLY wanna do that in front of me?
‹Return to Previous Page 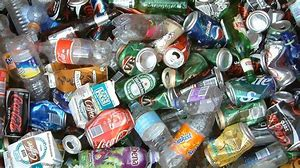 You REALLY wanna do that in front of me?

I do not understand why you think I’m nice. Had you heard what was rumbling in my mind earlier today, you’d be like, “Ooo! He’s got some nasty going on in there!”

I had a lot of nasty going on inside there.

Here’s what happened. With my tank low, I stopped just off the highway at a gas station. I pull in behind a vehicle already parked. A woman in her early sixties gets out from behind the wheel of her car and proceeds to do my GREATEST pet peeve: she chucks her glass bottle into the garbage can.

Here’s the inner dialogue I can repeat and still be allowed to stay in the doctoral of ministry program at Lancaster Theological Seminary. “Noooooooooooooooooooooooo!”

No. Like major mega no. Babe, we don’t do that. We recycle. It is not that hard, though I’ll repeat in bold not for some but all: we recycle.

It was the day, the hour, my fatigue, but I went off in my head. Sharp stuff. Angry stuff. Hello, lady? The environment? Responsibility? Accountability?

“Nope,” she says with her actions. “Just trash it—literally.”

Some of you share with me this particular pet peeve. If you’re with me, you know what I know: this is not the last offender. Go bigger with me. We are all guilty. Each of us has seen—right on top of garbage cans everywhere—bottles and cans we could easily pick up and later recycle.

But we don’t. Now how about those times we’ve all pitched into dumpsters what should not go into a dumpster?

You catch my point. We are all radically imperfect. All of us. In this text, King David did what I did: he got really mad when he saw someone else do a great injustice. In this case of injustice, Nathan the prophet was telling the king about one sheep that was wrongly killed. David, in a heat storm much like my own, vows that this sheep killer should be killed himself.

Think about that. Killed? An extreme animal activist may say, “Yes! To death with him!” Most of us, however, would not send to death someone who had one sheep killed. A punishment, yes, but death? No.

We need God because we are all unworthy. We are all wrong. King David. Sheep killers like the one you just heard about. That woman at the gas pumps with the bottle. Me for wanting to tar and feather that woman in the moment. The gas station for not supplying recycling opportunities. Our society for not pushing for even more care in the resources God calls us to care for, and protect.

Your pet peeve may not be mine, but I invite all of us to do what I didn’t do today, which is to act kindly to the environment we live in, and that environment includes women in their early sixties who really do know better.

PRAYER: For King David, it took someone else’s wrong to see his own. Heavenly One, help us see our own wrongs right in front of us. And please, please, please spark us again toward greater recycling! Amen.

Tags: 2 Samuel 12, care of the planet, Christians don't recyle, we are all unworthy

Social
« You sinner, you!
How do Christians give? »