A commander and a captive 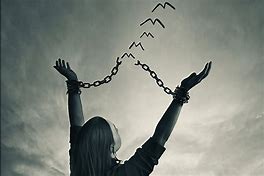 A commander and a captive

One day the girl said to her mistress, “I wish my master would go to see the prophet in Samaria. He would heal him of his leprosy.” — 2 Kings 5:3

POWs in the day were commonly forced to become slaves, though ancient world slaves had the right to engage in business, borrow money, and even buy their freedom.

But this slave was girl. She could not be more of a captive.

But God is God. Maybe Naaman, her master, was the captive. He had great success and wealth as a commander on the battlefield, that is how he “won” this nameless slave, but now he was crippled with leprosy.

You gotta admire this girl’s gumption and grit. You can see her faith. How many of us look at our plight and think we have so little to give because so much has been taken from us?

Not this girl. No, she sees what faith can do.

PRAYER: Oh God of spacious skies, amber waves of grain and purple mountains of majesty, as we consider lose this weekend, may we live in the One who set us captives of sin free. Amen.