A Rod By Any Other Name 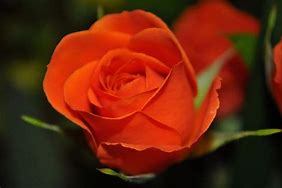 A Rod By Any Other Name

Shakespeare lovers immediately caught my word pun from Romeo and Juliet because it’s “a rose by any other name”, not a rod. Since the column this week is about being renamed and I am male, I masculinized it—Rose to Rod.

The origin of this famous phrase is unknown. However, this little line with great meaning either originated or was coined by William Shakespeare. In Act-II, Scene-II of the play, Juliet speaks this in reference to family. Specifically, she addresses Romeo’s family name, the Montagues. She says, “What’s in a name? That which we call a rose / By Any Other Name would smell as sweet.”

Juliet implies that Romeo’s family name has nothing to do with their intense, new love. This romantic’s understanding of love and family lines is water on the fire of the generational feud between the Capulets and Montagues who hate each other. Romeo and Juliet’s love, according to this deep divide, is forbidden merely because of these names.

I share all of this because near my office at the church recently, I was called by the wrong name. This happened three times by the same person.

As we are on the subject of names, the last four letters in my last name are impossible here in the English language. If someone does not hear how my family pronounces it, no one gets it right on the first try. You just can’t. The –ch is silent. Who keeps a ch quiet?

And few spell my last name correctly at first, even if the name is written nearby.

But I digress. The person who called me by the wrong name never said my last name. He called me Jeff.

The theme of a new identity is nothing new to plot lines far older than Romeo and Juliet, but what if, rather than being stuck, stymied or swallowed by the world around you, you find yourself new.

I find this important because Christ makes all things new (Revelation 21:5).

Names carry significance in our sacred text. In the Old Testament, people are introduced not only by name but also by the meaning of their name. Eve is “the mother of all the living,” Isaac is “laughter,” and Samuel is “asked of God” (Genesis 3:20, 21:6; and 1 Samuel 1:20).

Even more significant is the renaming of people in Scripture. When God gives someone a new name, it is a sign of renewed purpose and a redeemed life. God changes Abram’s name to Abraham to signify his promise to make him the father of many (Genesis 17:5). He changes the names of Hosea’s children from No Mercy and Not My People to My Loved One and My People. God does this to symbolize His love for Israel and His plan to redeem her from idolatry (Hosea 1-2).

In the New Testament, Simon became Peter (Matthew 4:18) and Saul became Paul (Acts 13:9). In this renaming, both received new identities in Christ.

You may not hear yourself called a new name like Jeff, but in at a time of national stresses and strains, divides and deep, deep pains—or even in the happenings in your own life—consider by what name God is calling you so that your call to service for Him will be realigned, restored, refreshed or renewed.

Social
« Having it well with your soul
The Tooth Fairy faith: is it real? »