Are there two Halloweens?

Home / The blog hog / Are there two Halloweens?
‹Return to Previous Page 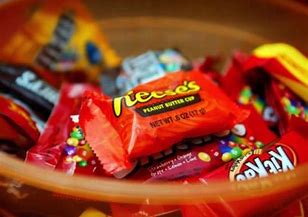 Are there two Halloweens?

To a kid who grew up on a dead-end dirt road tucked away in a part of very rural Susquehanna County, Halloween was always—eh. Just eh. No expectations. No excitement. Mom and dad packed us kids and off we rode around the nearby town of some twenty houses. In and out of the car. A lot. Save for a single porch light, nothing was really well lit. Not having many sidewalks and a coat over the costume were definite deterrents.

This said, imagine the first time I entered this new, wonderful world when, as an uncle to my young niece and nephew, I experienced a very, very comfortable neighborhood in a Boston suburb. Straight, even sidewalks mapped out the landscaped terrain. Well-spaced street lamps added ambiance. Beautiful fall and tasteful Halloween directions adorned almost every house and lawn. Some homes piped out music. Others had themes.

And there were parades of kids milling about in all directions. Laughter filled the air not just from the kiddos, but from the adults, too, as this was a yet another block party. It was a spellbinding night—no pun.

That is the first Halloween.

Blood and fear reside in the second Halloween. Last year, one of my junior high students, right in lovely Montrose, was chased by some guy, a homeowner, as if this were some—I don’t know—game?

I don’t like this Halloween. At all. In an age where wearing a mask is now alarming in the general public, and demonic acceptance (or appreciation?) creeps further and further into mainstream culture, I say, “Knock it off.”

This second Halloween says we shouldn’t fear death. “What’s the harm?” I hear. “It’s just a skeleton on the porch chair, and it’s made of plastic. Or it’s just a witch. It’s not so scary.”

Kick this up a notch, which is easy to do once started, and yes, it is scary.

I don’t get what some very well-intended churches are doing with either Halloween, to be honest. The “trunk or treat” trend is something I get conceptually; this is an honest attempt to recreate those Boston suburb days of yore; but providing a safe place for kids to go only works when no one wears a mask or, under a draping costume, no one hides anything but a Three Musketeers bar. If an active shooter can destroy lives inside a place of worship during worship, you can’t tell me these places are 100% safe. I cringe at what could happen this year in these open areas.

Am I taking candy from a baby? The sad yet honest answer is yes. And trust me, I don’t like this idea.

We replace the whole thing. I have had ten leads in ten musicals over the past ten years. I know what a costume and pretend can do. Trust me there. So, let’s play. Let’s find something else. Something far better. Something affirming. Something fun. If there were a night for a sanctuary, this is it.

Some of you parents and grandparents are wizards when it comes to kids’ costumes. You get this “holiday.” So, creative types, let’s meet. Seriously. Let’s live into God making all things new (2 Corinthians 5:17 and Revelation 21:5) and make Christianity not blend into the dark Halloween, but positively stand apart from it so that light shines in darkness, and darkness cannot overcome it (John 1:5).