IMPEACHMENT: stop the hate; love is what we need

Home / The blog hog / IMPEACHMENT: stop the hate; love is what we need
‹Return to Previous Page 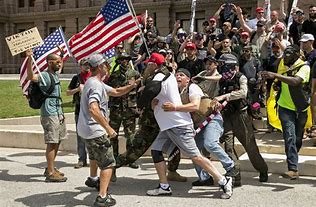 IMPEACHMENT: stop the hate; love is what we need

This is gonna hurt.

First, I’m not writing for either side. I’m the middle child—literally. If you’re looking for me to dish Democrats or rattle Republicans, I have something far greater to do with my time and suggest up front what you should do with yours. And that something to do is love. Serious love.

Now for those who think ‘love’ is some gooey, leftwing folderol, let me say love isn’t passive. It isn’t always pretty, either. As Paul says in those verses you’ve heard a dozen times at weddings, love rejoices in the truth (1 Corinthians 13:6).

What is the truth? This depends on who you ask. But I’m riding with this truth in the moment: many forecasters predict President Trump’s impeachment proceedings will rock our already agitated, super reflexive, and continually divisive nation even more. Who rocks the already rocky road depends on who you ask, but maybe you’ve experienced what I have, and that’s a lot of angry people getting angrier.

Let me get back to Paul. To me, rejoicing in the truth means layers and layers of bias and bologna within ourselves and others are peeled back so that conversations aren’t laden with landmines but are paved smoothly with genuine care, yes, and also (and here comes that L-word again) with love.

We need love. You can’t be a Christian and a muck flinger on a party. That just isn’t done.

What is done is recognizing Jesus took a political stance not for the sake of politics, but in the name of love, justice and mercy. He had much to say on the subject of widows and children who were the marginalized in his era. As an outcast [i.e., can anything good come from Nazareth? (John 1:46)], he understood the difficulties people had with borders. He himself was a border crosser.

Jesus’ passion for the kingdom of God created conflict with the authorities since his public ministry began after the arrest of his cousin and mentor, John the Baptizer, by the Rome-appointed ruler of Galilee (Mark 1:14). In fact, conflict dominates Jesus’s story throughout the Gospels. It climaxes in the last week of Jesus’ life with his crucifixion.

In the September 25, 2019 edition of New York Times, opinion columnist Frank Bruni writes, “While an impeachment’s impact on November 2020 is unknowable, its effect on us as a nation is almost certain. A dangerously polarized and often viciously partisan country would grow more so, with people on opposing sides hunkering down deeper in their camps and clinging harder to their chosen narratives [of] the president…”

I have a beautiful job as a nonpartisan pastor, a centrist whose congregation consists of Republicans, Democrats, and Independents as much as it consists of teenagers, working class moms and dads, sports fans, gardening groupies, do-gooders, sinners (yes, we are definitely those) and sweet grannies and grandpops who know when to speak and know when to stay quiet. I hear both sides. Actually, I hear all sides.

Do the same. Hear all sides. Only then can your prayers and your actions hold weight and merit through the troubling times ahead. Only then will you know what words to use—and what words not to use—when it comes stopping the polarization and the hate by loving your neighbor. Because active, honest, compassionate, truth-seeking, not-going-to-take-garbage love is what we need.

The blog first appeared in my column in The Susquehanna Independent on October 2, 2019.

Social
« Well, if you REALLY want to
Jesus wins the best bud award »