Light your candle of peace 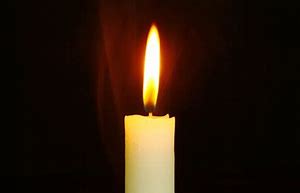 Light your candle of peace

The overwhelming majority of people present at Jesus’ death wanted a Messiah King who would eradicate their problems in the now, not in some far-off future. This outlander riding on a donkey instead of a stallion? This “King” born not in a palace but a barn? How can this Jesus be God when the world still suffered? What kind of nonsense is that?

Remember, crucifixion was a common criminal’s death—and some moms and dads watched their loved one die on a cross. If Jesus is God, and God hears prayers, at least some grieving parent asked why their family member, tagged as guilty, had to die, especially so painfully.

It’s likely that a family member was there when Jesus died not for Jesus, this so-called “miracle worker” who supposedly walked on water and fed thousands with a boy’s lunch but couldn’t get himself down from the cross, but for their son who was literally hanging on Jesus’ left or right. Maybe they saw Jesus and their son exchanging a few words. Maybe they even overhead part of that brief conversation between the two of them. But still their son died.

Why believe in this God?

The same question echoes today. We rush to Christmas and Emmanuel (God with us) when some 2,000 years ago no one made a big fuss over this birth save for a few shepherds. The magi aren’t mentioned in the Lukan birth narrative. (They come later.) The world was a mess then. The world is a mess now. Isn’t lighting a candle for peace a silly thing to do?

What may be silly is looking to the world for peace because in doing so we will always come up short. When we look for peace within ourselves, however, something begins to happen.

The notion of peace at Christmas seems like a good idea, but, as we look around, “peace” seems out of place with what is actually happening here in mid-December. Celebrating Jesus’ birth has turned into a big, busy, hectic deal. The concept of peace is about as far from reality as we can possibly imagine when we look at our culture and commercialism. It isn’t peace we see, but frantic, stressed out, overburdened people rushing around as they strive for some ideal version of the holiday.

This isn’t true for all of us, but for those of us for whom this resonates, how we reconcile our actions can come from Paul who tells us that when we live by the Spirit, God produces peace in us. Jesus came to bring peace.

It is ironic that Jesus chose to enter the world without fanfare, extensive preparation, or any of the trappings we would expect to accompany a royal visit. Yet the fanfare, extensive preparation, and the trappings we surround ourselves with threatens this truth: Jesus came to earth. God became human. A baby born to an unwed mother in an obscure village and laid in an animal feeding trough is the King of the Universe. God is with us to save, forgive, love, and bring us peace.

The way to end the painful, stressful, hectic uncertainty of life is through Jesus, the child in the manger who would grow into the Savior who died on the cross.
Return to the question asked earlier. Why believe in God? The answer is because He came to bring us peace not through the world but through Jesus.

“Peace I leave with you; my peace I give you,” Jesus says in John 14:27. “I do not give to you as the world gives. Do not let your hearts be troubled and do not be afraid.”

Instead of being fearful or frustrated with the world, turn to Jesus and be peaceful not passively but proactively.

Social
« A one-word solution
Living what is to come »