Be who God calls you to be 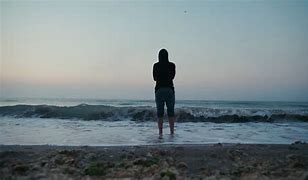 Be who God calls you to be

If you have found yourself living in a loop wondering where God is, or how God is calling to you, you’ll understand the following.

Let’s begin with the loop itself. The people of God who enter the Promised Land are involved in what I call a six-phase cycle (or loop). First the people of God worship and listen reverently to God. Second, God blesses, protects and provides for His chosen ones in response. Third, after time that usually entails a generation or two, the people of God begin to slide away from God. Fourth, corruption begins. Disobedience follows. Evil takes hold. Whatever good that had been from God is gone. Fifth, after a time of hardship and misfortune, they respond to a messenger, a prophet. Sixth, the people repent. This brings them back to top of the cycle. Once the people return to worshipping and listening reverently to God, the blessings, protection, and provisions from God return.

At a point when this cycle is in its lowest phase, we are introduced to Gideon in the Book of Judges, chapter six. Gideon is not a prophet. He is a judge—or actually, he becomes a judge. This term judge is not what we think of when we hear the word today. Gideon, whose Israelite culture is very tribal, is considered a leader of his people, a chieftain.

His story begins when the angel of the LORD appears to Gideon. After enjoying forty years of peace and relative prosperity, the Israelites do what they have a history of doing: they turn away from God in disobedience. Subsequently, God allows the nomadic, neighboring powerhouses to oppress the people of God because Gideon’s people, including his own immediate family, have forgotten their Lord. They are worshiping idols. Gideon’s own father has an idol built to the false god, Baal.

Scared, disheartened, and overwhelmed by the perpetual oppression of his people’s enemies, Gideon is in hiding when the angel of the LORD appears. Gideon certainly doesn’t look, sound or think like a hero, but this is exactly what the LORD calls Gideon. Specifically, Gideon is called a mighty hero (Judges 6:12). Other translations call him a mighty warrior or a man of valor.

To be clear, Gideon himself does not think he possesses this admirable leadership quality. In verse 15 Gideon wonders, “But Lord, how can I rescue Israel? My clan is the weakest in the whole tribe of Manasseh, and I am the least in my entire family!”

Let me back up and explain the tribe of Manasseh (as I snuck that one in on you!) The nation of Israel is not actually a nation at this time in its history. Instead, the people are made up of tribes—twelve interrelated tribes, to be exact. And Gideon is right. The tribe of Manasseh is the weakest of the twelve.

All of this is significant to Gideon, who does become a hero of his people. Gideon’s encounter with the LORD has meaning and direction for us, too. Like Gideon at the time his message is given, we may not see ourselves the way God sees us. A case can be made that the United States of America is experiencing a time away from God, a spiritual low point. At this time in our history, speaking up and speaking for God—let alone rising to the challenges around us—isn’t easy. Like Gideon, we may have family following idols. We ourselves may be following idols.

Immediately after hearing that he’s been called a mighty hero (or man of valor), Gideon challenges God. From the pain of the circumstances around him, Gideon wonders where, exactly, God has been through all the troubles he and his people have been experiencing. God stays right with Gideon during this discourse. More than once, God proves to Gideon that God is who God says He is. Gideon is convinced. As a result, Gideon, who takes down his father’s idol at night because he’s afraid to do it by day, does rise to become a mighty hero.

How? We can see ourselves as God sees us. We can become the ones God wants us to be.

And God doesn’t make mistakes. If scripture teaches us anything, it reinforces that God uses the mistakes we’ve made to further shape who we are, how we are, and what we can be.

Ask yourself who you are if you find yourself in a loop. If, like Gideon, you feel like God has abandoned you, think again because like Gideon, God calls on you.

Furthermore, God sees you as he sees Gideon. This may mean you will be a mighty one of valor, a mighty hero. I’m not sure. But I do know what Gideon knew. With humility, we are called to do what God asks of us. We do this not for our self-glory but for God’s loving gain in a world that certainly needs love, stability, peace and prosperity.

Social
« Fear: a faith builder, not a faith buster
Say, “Have a blessed day” »