Fault is easier than faith 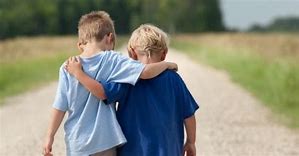 Fault is easier than faith

“Then the people began to murmur in disagreement because he had said, “I am the bread that came down from heaven.” —John 6:41

As a first semester graduate student at Boston University’s School of Theology, I was blessed with a teacher’s assistant named Zina, a remarkable scholar and preacher I pray to never forget. Our reading list that semester, like every semester in school, was heavy. For me at the time, it was easier to find fault with the some of the authors we read in rapid succession than to do what Zina always did, which was find the nuggets of gold each voice offered.

If I had been with the people Jesus spoke with at the time I was new to seminary, I likely would have joined the naysayers. If Zina had been there with us at the same time, she would model for us how to use our faith.

Faith building is more challenging than fault finding because it requires us to see what isn’t there. Whether they did it intentionally or not, what the people wanted to do with Jesus and this weird news about bread from heaven was find fault. “Bread from heaven,” they wondered. “Really? I can’t see it. I can’t taste it. I can’t even smell it.”

Disbelief is far easier than belief, especially if you’ve been hit by the school of hard knocks more than once. “Jesus, this gibberish?” the people may have thought. “Poetically it’s kinda amusing, but real bread fills the belly, buddy. This theoretical stuff you’re talking about? You being the bread itself? Um. Yeah. Gonna pass on that ideology.”

Has someone in your life messed up royally? I don’t mean the little thing like forgetting to run the dishwasher; I mean something Big. The easy thing to do is find fault. The far more challenging exercise—and here’s where the Christian becomes the Christian in practice—is to keep the faith in the person who has significantly goofed. In other words, the challenge is the same as when the people saw Jesus, which is to see what isn’t immediately in front of you.

The NLT footnote to John 6:41 says the people “refused to believe that Jesus was God’s divine Son, and they could not tolerate his message. [Today] many people reject Christ because they say they cannot believe he is the Son of God. In reality, the demands that Christ makes for their loyalty and obedience are what they can’t accept. So to project themselves from the message, they reject the messenger.”

The people who saw Jesus that day didn’t see (or want to see) the Divine Christ. Instead, they saw a carpenter’s son from Nazareth. We do the same. Do we really see Jesus as Jesus, the Christ?

Drop fault. Find faith. How? Find those nuggets like Zina does, especially when they don’t seem to be right in front of you. Build something, don’t tear it down. Go further. Build someone, don’t take him or her down. Then we’ll all taste and enjoy bread from heaven here on earth.

PRAYER: Dear Lord, following Jesus—actually seeing Jesus as Jesus, the Christ—isn’t always easy or obvious. But help me see. Help me hear. Help me literally taste this bread from heaven by putting disbelief where it belongs—far away. Amen.

I sincerely regret not having a photo of beautiful, powerful, passionate, talented, and awe-inspiring Zina to share here. Cell phones with their built-in, ready cameras were not the norm during the fall semester of 2001.

Tags: fault and faith, finding faith not fault, Jesus is the bread of heaven, not seeing Jesus

Social
« How do Christians give?
Divided or united on baptism, you decide »