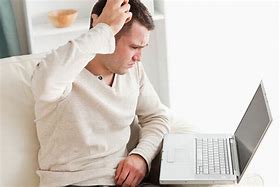 In this age of debate on Covid vaccinations, you may be one to say, “I’ve done my research.”

Naaman did his research. Or so he thought.

But I’m ahead of myself.

In 2 Kings 5, we read of Naaman, a revered commander in the Syrian army. This guy with it all has leprosy. He moves past this painful, death sentence and travels to Samaria, a foreign land. I’m skipping over really cool parts of this story to get to this point: Naaman meets Elisa, the well-known prophet. To make Naaman well, Elisha tells this man of military might to dip into the Jordan River seven times.

Naaman does a full stop.

And splashing in it seven times when once should work? Really?

As I said, Naaman did his research. By this, I mean he has followed promising advice from a servant girl in his home. (This is one of the best parts of the story I spoke of earlier.) In his quest to be made healthy, Naaman has come this far. At this point, he flat out refuses to literally take the next step, which is to bathe repetitiously in the murky waters as a commoner.

“Ah, no,” he may have said. “I’m not doing this.” The text reveals he gets angry at what would be his cure. Naaman actually walks away—or stalks away—from his cure.

Naaman’s pride stood before him. This would have prevented him from a miraculous healing. He does come around, however. He dips into the water seven times. He is healed completely.

It’s true that vaccinations aren’t the Jordan River. It’s also true that Naaman, who does get stuck at points in his story, does continue to do his research. Yes, he stops. His mind is made up. For him, the Jordan River is silly, preposterous, maybe even ludicrous. He even says that he could be washed in any river and sites three in his homeland (verse 12).

But that’s not what God does in his story. When he set out for a foreign land, Naaman had some knowledge of this cure, not all of it.

This leads me to your story. Someone in your life sits in a different place than you do on vaccinations. If you’re like me, you experience this as a painful place, an unwelcomed divide.

Now do more. Rather than say, “I’ve done my research,” continue to do your research.

Naaman clearly has an ego here. As you continue to do your research, I invite you further into this story on your own. Read this passage. Return to it.

What is clear is that Naaman is surprised many times. These surprises shock, disappoint, and even anger him. He had to have been definitive in his stops.

I am moving WELL beyond Covid and the vaccination debate when I say that God is leading you to wellness—surprising wellness.

I didn’t say cure for those who may heard this word in their head or heart. I said wellness.

This story of Naaman applies to you.